Of all the passages in the New Testament I think the one to which I feel the most aversion is Hebrews 12:18-24. This kind of supercessionist dualism, viewing Sinai and Mt Zion as merely “earthly” rather than heavenly, is such a fundamental error that misdirects our attention from the here and now in its fantastical desire for the transcendent and the so-called “heavenly”:

Hebrews 12:18   For you have not come to what may be touched, a blazing fire, and darkness, and gloom, and a tempest, 19 and the sound of a trumpet, and a voice whose words made the hearers entreat that no further messages be spoken to them. 20 For they could not endure the order that was given, “If even a beast touches the mountain, it shall be stoned.” 21 Indeed, so terrifying was the sight that Moses said, “I tremble with fear.” 22 But you have come to Mount Zion and to the city of the living God, the heavenly Jerusalem, and to innumerable angels in festal gathering, 23 and to the assembly of the first-born who are enrolled in heaven, and to a judge who is God of all, and to the spirits of just men made perfect, 24 and to Jesus, the mediator of a new covenant, and to the sprinkled blood that speaks more graciously than the blood of Abel.

In contrast the passage I love the most, ironically comes from two Greek poets, quoted by Paul:

Acts 17:26 And he made from one every nation of men to live on all the face of the earth . . . 27 that they should seek God, in the hope that they might feel after him and find him. Yet he is not far from each one of us, 28 for “In him we live and move and have our being”; as even some of your poets have said, “For we are indeed his offspring.” 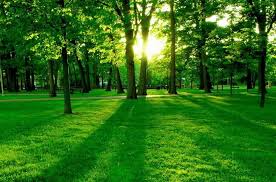