Well Socrates…but How shall we bury you? However you please, he replied, if you can catch me and I do not get away from you. And he laughed gently.”

A sad day for so many of us who loved Jonathan Z. Smith as a teacher and friend. There was no one to match him and likely won’t ever be again. For all of us a light has gone out. Not a lot to say other than what Elaine, his wife, has released to the newspapers. I will let this suffice for now, and JZ Smith, true to his spirit, wanted no memorial or service. For those who knew and loved him this photo captures it all. 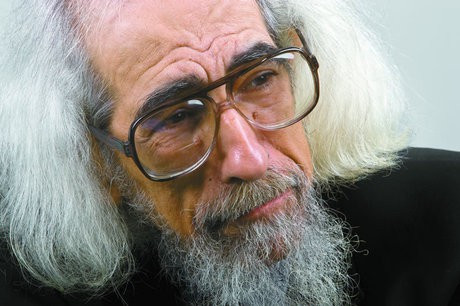 SMITH–Jonathan Z., passed away on December 30, 2017. He was the Robert O. Anderson Distinguished Service Professor Emeritus of the Humanities at the University of Chicago. Professor Smith received his PhD from Yale, in Religious Studies, in 1969. In 2013, Smith was awarded an Honorary Lifetime Membership in the International Association for the History of Religions. “Smith’s enormous contributions to the field from the 1960s to the present,” the citation read, “have unwaveringly insisted upon, and been exemplary of, methodological rigor and self consciousness. He has probably done more than any single scholar to promote an analytic or critical approach to the study of religion.”

He is the author of numerous works, including Map Is Not Territory, Imagining Religion, and To Take Place. He was also the editor of The HarperCollins Dictionary of Religion. Smith joined the faculty of the University of Chicago in 1968 and remained there his entire career. From 1973 to 1982 he assumed administrative responsibilities and served as associate dean and then dean of the college.