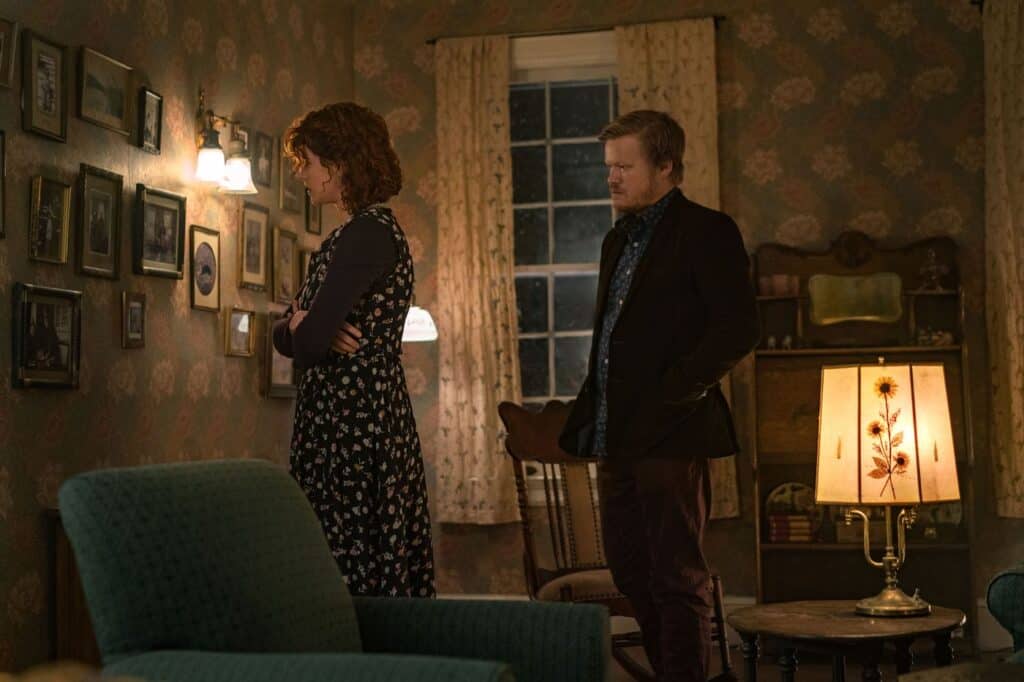 No, that’s a film title, and it is not about suicide but ending a boy-girl thing. Maybe. I am not sure. Maybe it is about ending the Ending. We watched it this weekend on Netflix. Anything Charlie Kaufman does I will watch. This one will have you head scratching for over two hours but at moments it breaks through in a profound way–and the puzzling ending is to figure out. I mainly was pulled in by the the superb acting of Jessie Buckley as Lucy (who’s listed merely as “Young Woman” in the credits), Jesse Plemons, her boyfriend Jake, and  Toni Collette and David Thewlis, Jake’s parents. The whole thing is stunning. The first part of the film is a solid enough narrative for even me to follow, but it gets more and more bizarre. I usually don’t like films I feel I have no change of understanding, but would watch this one again, just for the lines and scenes. And there is a spoiler here in Vulture, but please, not until you have watched: “The Ending Explained.”

This clip is priceless. Jack and Lucy trying to drive back home in a snowstorm, after visiting the parents on a farm. I called it “The Lie of it All”