I have a group of older friends who go back in our various mutual associations for over fifty years.  We regularly write one another via email of this, that, and the other. Totally spontaneous. Our topics range from the sublime to the mundane, the personal to the galactic. We particularly seem to get into intersections between spirituality and science–along the lines of the topics and questions Robert Kuhn has been exploring for 20 years on his PBS program, Closer to Truth, namely “Cosmos, Consciousness, and Meaning” [1]Kuhn has provided an incredible “Content Guide” for endless browsing here.. We all were brought together in our younger years by our interests in biblical studies–several of us pursued Ph.Ds, but our exchanges are more personal than formally academic. 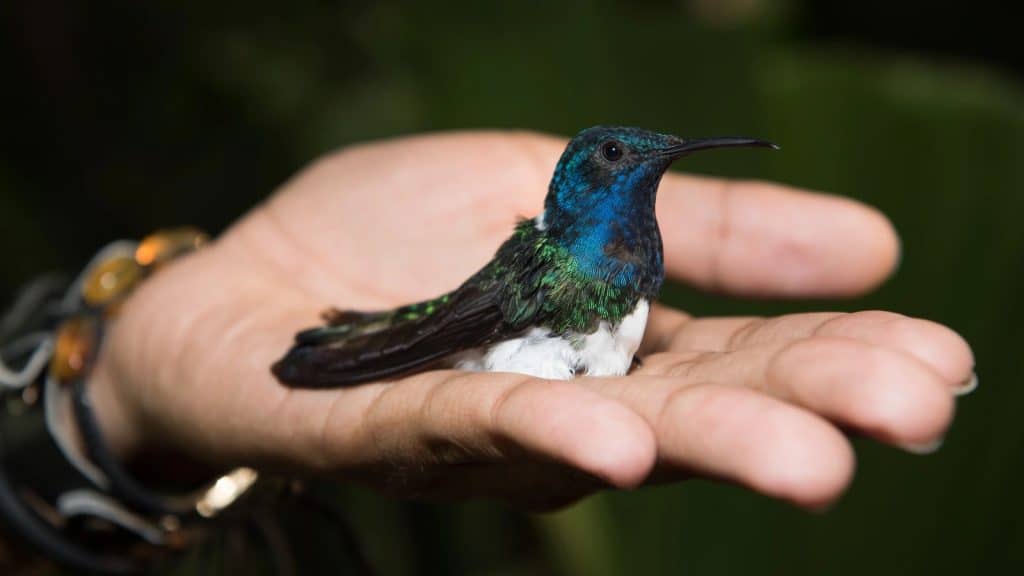 Recently one of the group wrote the rest of us something that that really stood out to me and I have thought about deeply since receiving it:

That quality of mercy you all show to sentient beings was not apparent in the material universe for 14 billion years.  Recently it began to emerge. Now in you all, it flows generously.  You give me hope and faith in Future.

This observation was in response to an experience of one person in our group who lives up in Washington where the recent cold snap put many good creatures “great and small” in danger. Many were unprepared for the sudden plunge from lovely sunny days to a sudden deep freeze. He related to us his desperately successful attempts to save the hummingbirds in his yard who had not migrated. We all found it so very moving.

He and his wife attempted to construct a bit of shelter, trying various alternatives from duct wrap, bubble wrap, and Xmas lights strung around the feeder with aluminum foil wrapped to preserve the heat.  So far, he reports the aluminum foil seems to be the most effective. While they were doing this act of mercy several of these amazing creatures landed on his shoulders–and even his wrists and fingers. He was awestruck at their desperation but was able to save most of them, though one he found dead on the ground the next morning. If you know little of hummingbirds—these most amazing of all creatures—the Wiki article “Hummingbird” will totally blow your mind.

So does “God” care for birds–as Jesus famously affirmed about the One he called his “Heavenly father” who knows even a single sparrow? If one has a classic view of theism–it seems not, given the violence of nature, “red in tooth and claw,” and the unspeakable suffering we humans have brought upon each other and the billions of creatures we cruelly “manage” for our purposes. We appear to be perfectly “free” to wreak whatever suffering we choose on others, limited only by our power. And that is not to mention our unimaginably violent and vast universe–which operates by what we call “physical laws,” that seem dead our values. Such a “God” seems either indifferent or unable to assure mire peaceful and harmonious outcomes. But if one holds more to what the philosophers call “Process theism,” as I do, in which the emergent qualities of compassion and love are expressing themselves consciously and willfully in sentient beings–then even such tiny acts of kindness, as my dear friend showed to these hummingbirds, are an undeniable reflection of such realities in our cosmos. Thus “God” is not so much “outside” our universe pulling puppet strings, as the core ground of our being. As the ancient Greek poet Epimenides expressed things,  we “live and move and have our being” within that Force of all Forces that the Hebrews called self-expressive “Being.” That great I AM. And those acts of kindness we show to one another, and to our fellow creatures “great and small” on the planet, are reflective of our better angels.