Yes, yes, I exaggerate. I admit it. It is what I do. The dim firelight of history is ever flickering. But I always exaggerate in the direction of the truth. Tabor

When it comes to solving the mysteries of science, religion, philosophy, or history, it is all a matter of best evidence, but, it remains the case that when you have the truth everything fits. Tabor

Whoever thinks a great deal is not suitable as a party member, for he soon thinks himself right through the party.  Nietzsche

By some miracle of smoke and mirrors one can appear much more substantial and accomplished in the eyes of others than we know ourselves to be. We are capable, with wide eyes and clear vision, to see ourselves within and without if we dare to allow that bright light to get in. It is easier to function in a dimmer mode, softening, fading, or even just ignoring this or that feature of our landscape. Professional position, with its day to day demands and drummed up accomplishments, can serve as a most effective insulation against any momentary intrusion of sober truth. Ordering ones surroundings is also an amazingly effective buffer. And thus we muddle on, most days too busy to even reflect on anything that might painfully open any of these vistas. Tabor

Lying to ourselves is more deeply ingrained in us than lying to others. Dostoyevsky

He felt instantly at home in this company and immediately donned the bifocals that would allow him to make sense of the contradictions that confronted him at every turn. 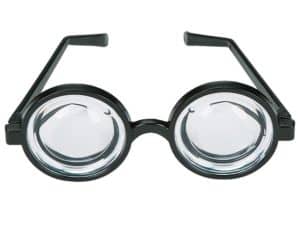 Koestler introspectively captures his own experience and lays out a psychological “pattern” that operates in both individuals and groups.  Dogmatic thought systems of all types–religious, political, social–fueled most often by charismatic leaders–become attractive to those seeking such “certainties.” The critical mind is our only defense. To quote a phrase: There is more “faith” in honest doubt than half the creeds. Tennyson.

Something clicked in my brain that shook me like a mental explosion. To say that one had ‘seen the light’ is a poor description of the mental rapture which only the convert knows. The new light seems to pour across the skull; the whole universe falls into pattern like the stray pieces of a jigsaw puzzle assembled by magic at one stroke. There is now an answer to every question, doubts and conflicts are a matter of the tortured past—a past already remote, when one had lived in dismal ignorance in the tasteless, colorless world of those who don’t know.” Arthur Koestler, Arrow in the Blue, pp. 236-237.

Quintessential JZ Smith…if you never had the pleasure of hearing him…his Plenary Address to the American Academy of Religion in 2010.

You can read an informal fascinating interview with Mr. Smith (as Chicago professors are called–no titles please!) published in The Chicago Maroon in 2008 here. Don’t miss this one!

Mr. Smith’s published books are available on Amazon, with an author’s page here. Each is a collection of essays gathered around a theme or stage in his unfolding thinking about “Religion” over four decades.

A collection of essays on Smith’s work and contributions to the field: Introducing Religion: Essays in Honor of Jonathan Z. Smith, edited by by Willi Braun and Russell T. McCutcheon.