“Even if you are in the deepest dungeon, you always know when it is a Sunday.” Dostoyevsky

No one knows what’s going on in someone else’s mind. If we did life would be intolerable.

Lives don’t change. We simply become more comfortable with our core misery. Which is a form of happiness.

Robert Kuhn, an old friend, colleague, and producer of the amazing PBS program “Closer to Truth,” (see my own contributions here) has a most provocative piece at LiveScience titled: “The Singularity, Virtual Immortality and the Trouble with Consciousness.” Will science replicate the human brain and thus produce the phenomenon we all experience our conscious “inner-self,”–what Plato and Freud called the “Ego”?

According to techno-futurists, the exponential development of technology in general and artificial intelligence (“AI”) in particular — including the complete digital replication of human brains — will radically transform humanity via two revolutions. The first is the “singularity,” when artificial intelligence will redesign itself recursively and progressively, such that AI will become vastly more powerful than human intelligence (“superstrong AI”). The second revolution will be “virtual immortality,” when the fullness of our mental selves can be uploaded perfectly to nonbiological media (such as silicon chips), and our mental selves will live on beyond the demise of our fleshy, physical bodies.

AI singularity and virtual immortality would mark a startling, transhuman world that techno-futurists envision as inevitable and perhaps just over the horizon. They do not question whether their vision can be actualized; they only debate when will it occur, with estimates ranging from 10 to 100 years. [Artificial Intelligence: Friendly or Frightening?] 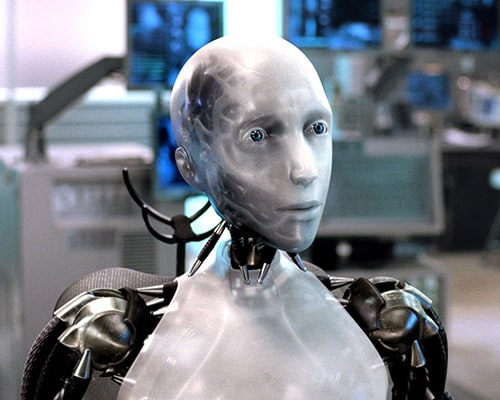